I drug Perrin and Darcy to Walmart with me in the hopes of finding Darcy a 16" bicycle, and to pick up a bunch of other stuff. Lately, when I take these two to the store with me, I end up going nuts before we've gone down the third isle (not a complaint...just a statement of fact!). Today, however, they behaved. They behaved WELL. They let me wander around the garden stuff for nearly half an hour without complaining! I got to choose some flowers to plant out front without having to grab things on the go. It was nice.

Walmart had no 16" bikes, so we ran over to Toys R Us. Of all the stores in the world, I figured this would be the one my kids would act up in. Or at least they would get hyper and beg for everything under the sun. Instead, I swear to you, we walked in, I handed each child a hula hoop (they were buy one get one free), and we walked straight back to the bikes. Darcy chose one, and we went to the checkout. That was it! WOWZERS!

We made out of the store just in time for a very quick and dirty storm to hit. The rain was coming down at a 45 degree angle. Funky. Thunder, lightening, the whole works. We were parked right by the exit, but we were still TOTALLY drenched by the time we made it into the van. We were soaked to our underwear! We were all laughing so hard! (I feel like I don't get to laugh with the kids often enough. This was nice.) Not three minutes after we were out of the parking lot, the skies cleared up, and we had beautiful sunshine and a nice breeze. It was the weirdest thing.

And here's the fun part of the day: I got a new toy. See, I hate mopping. I mean I really, really, really, REALLY hate mopping. So I got myself a new toy, and I got to use it. And my floors are clean. Nothing is sticking to my bare feet. The floor doesn't feel tacky like it does after it is mopped. I'm so excited. See? 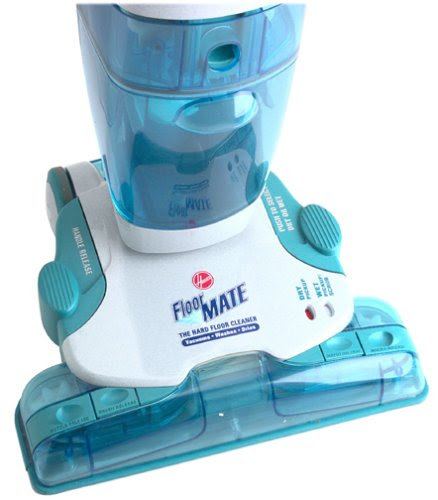